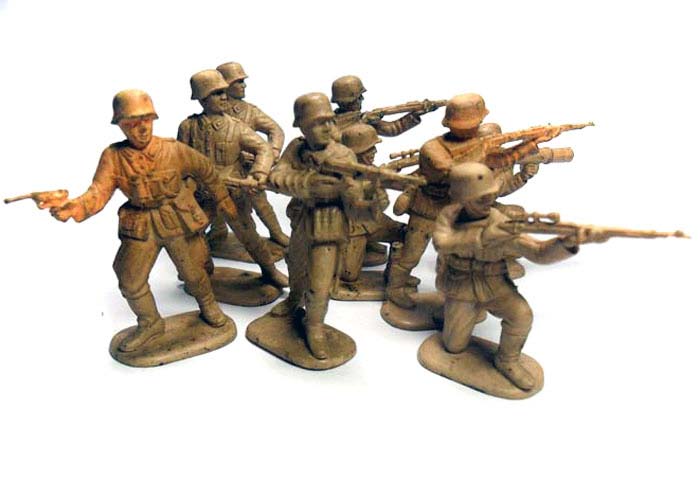 When I was a kid a few decades back, the most easily available model kits in my country were ESCI and I gleefully spent a lot of my small allowance buying models in 1:35 and in 1:72. These figures were made by ESCI and depict German infantry from the early years of World War 2. The set came packed with a 1:35 Demag D7 1-ton halftrack in one of their popular combi sets. 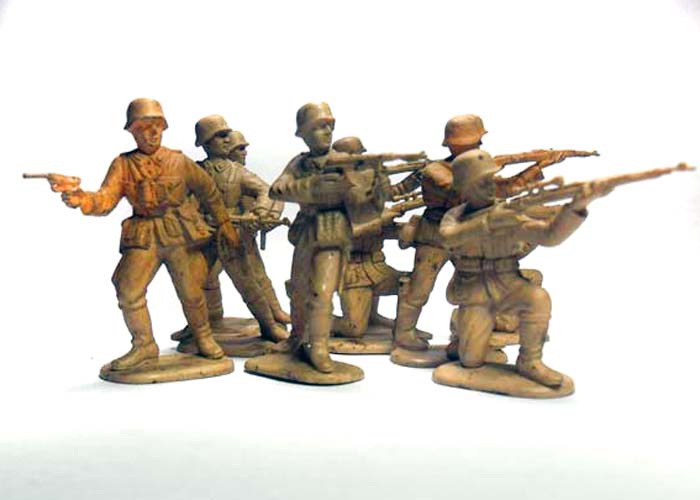 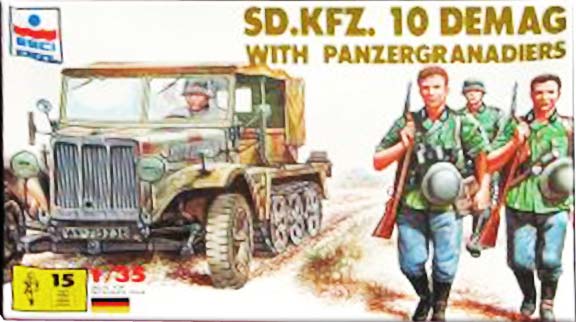 The figures were cast in a rubbery plastic, much like a rubber eraser and were actually bigger in scale than the model included in the kit.  Sculpted in rather stiff poses, the Germans were kitted with smart uniforms and marching boots, dating these to the early years of World War 2, probably during the invasion and occupation of France. 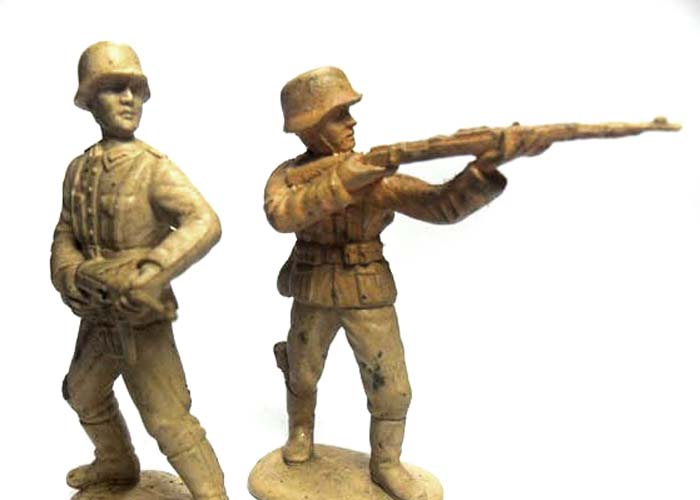 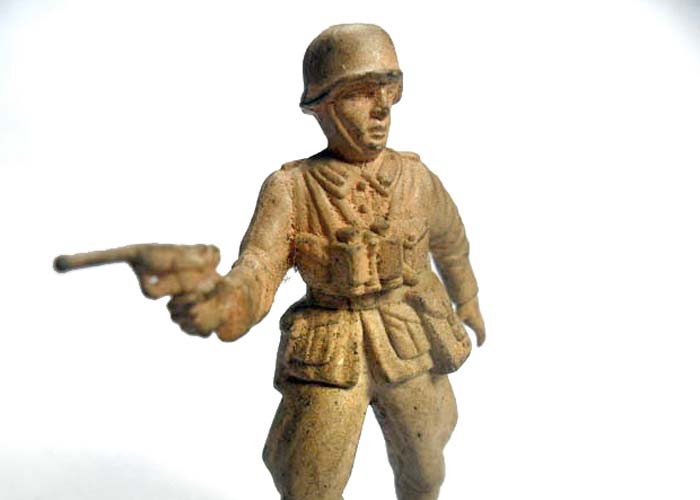 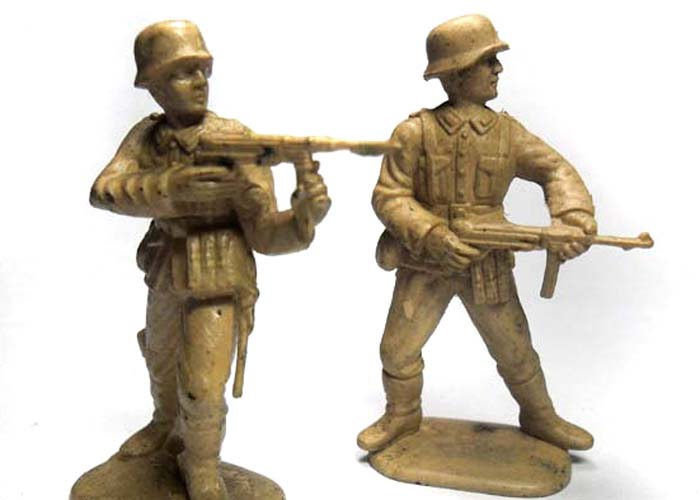 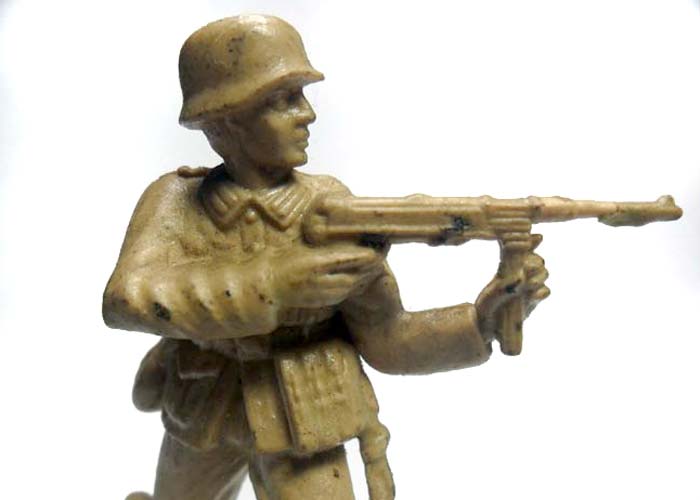 Some have either the Maschinenpistole --literally "Machine Pistol -- MP 34 or the MP 40 while the riflemen carry what looks like the  Mauser Kar 98 rifle -- officially designated as  Karabiner 98 Kurz, the primary rifle of th German forces during WW2 -- with one (used by the kneeling soldier) fitted with a scope. 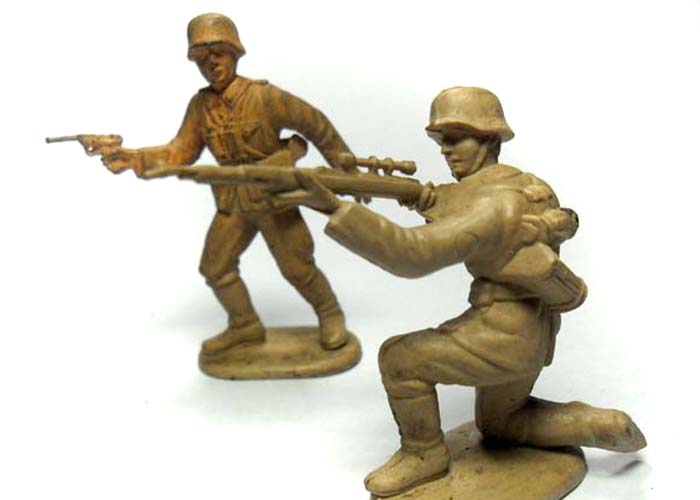 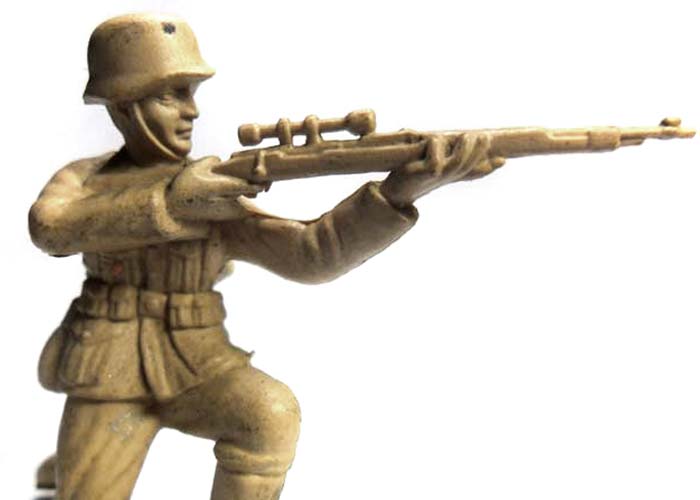 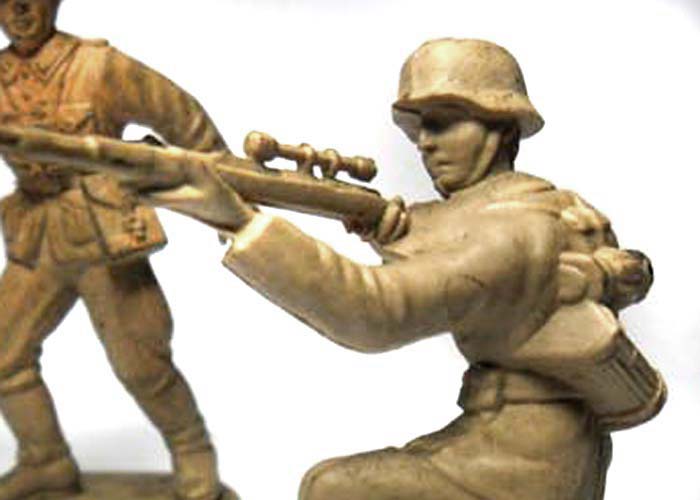 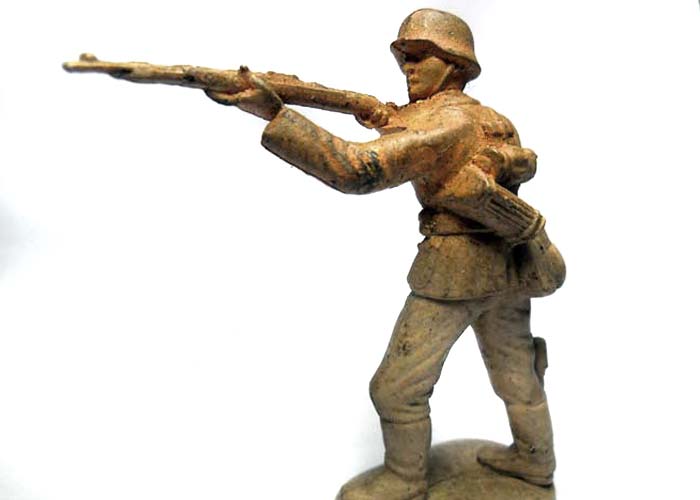 One figure is sculpted firing the Raketenpanzerbüchse (abbreviated to RPzB) with shield. This shoulder-launched lightweight infantry anti-tank weapon fired a fin-stabilized rocket with a shaped charge warhead. 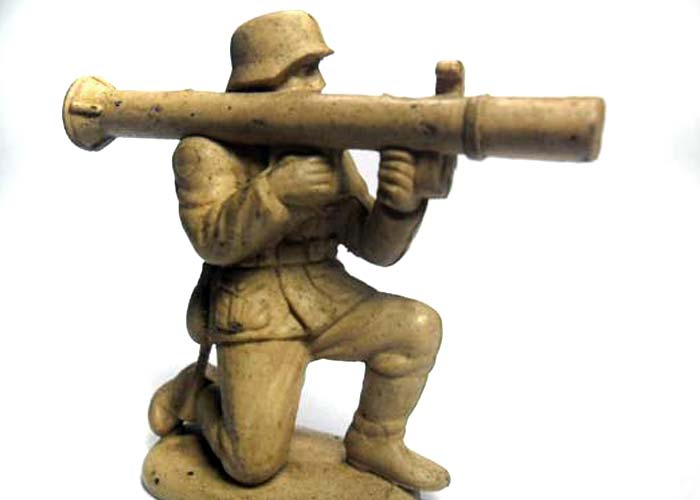 Some of the figures have the easily recognized German Model 24 stick grenades aka "potato mashers" tucked in their boot, a touch I quite like. 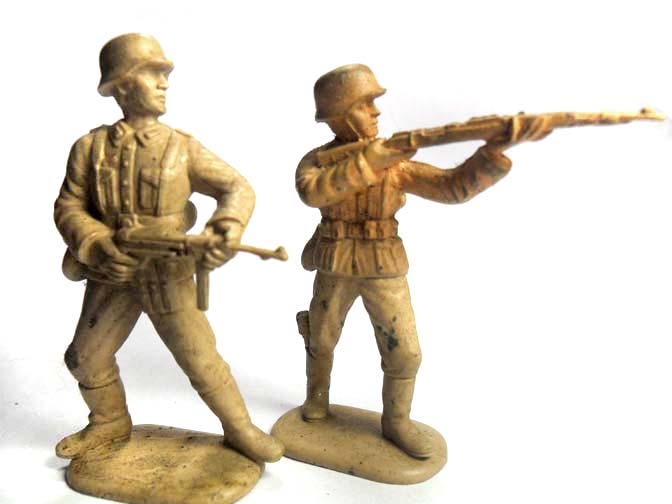